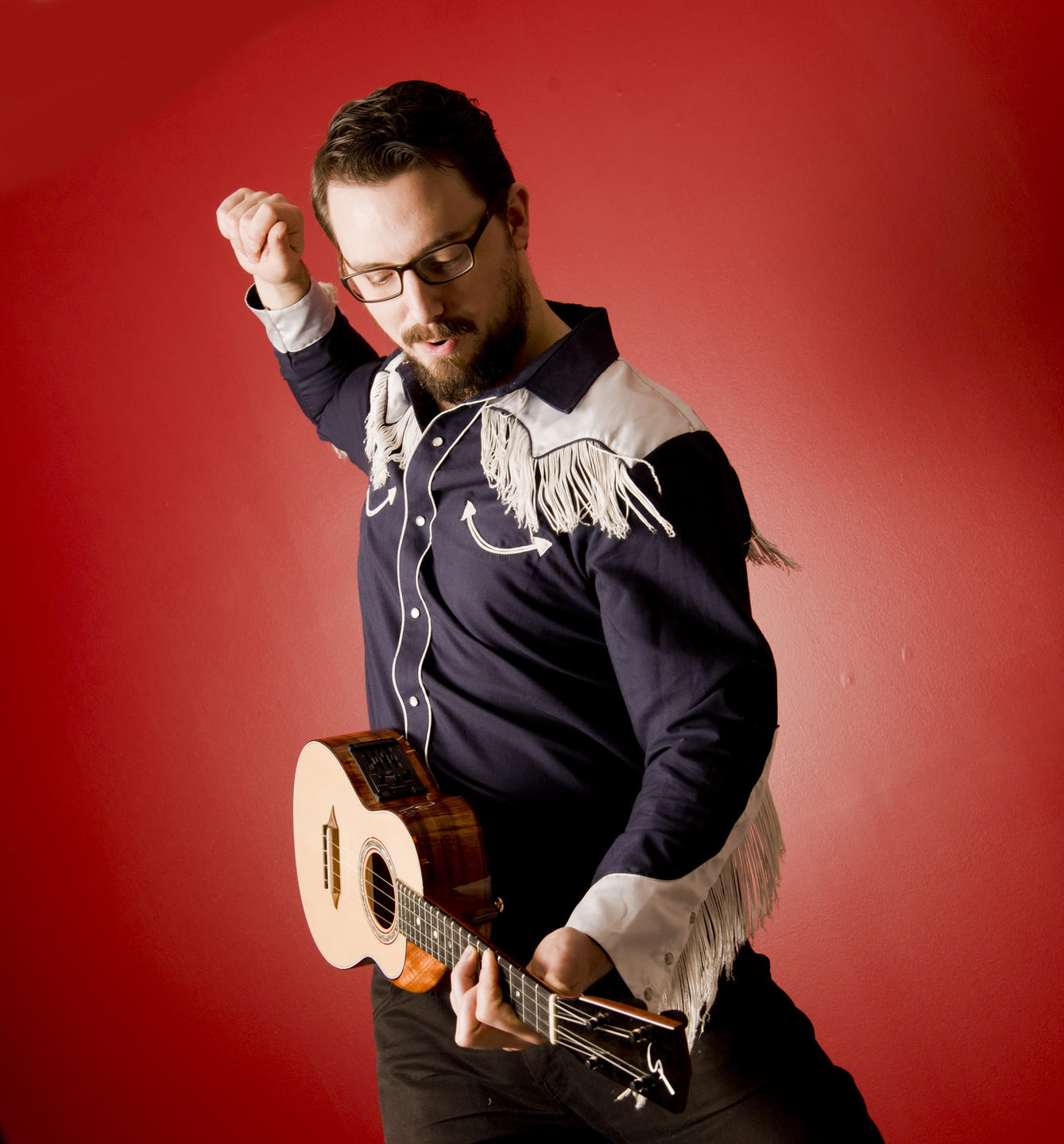 One of the foremost ukulele players and teachers of his generation, Hill "gives the ukulele its dignity back without ever taking himself too seriously." - Songlines

James' early recordings established him as “one of the world’s top composers for the ukulele” (Rafe Mair, 600AM Vancouver) and a “rare peer” of Hawaii's premier ukulelists (John Berger, Honolulu Star-Bulletin). His more recent albums have “stamped him as a singer-songwriter and all-round musician of the highest calibre” (Rhythms Magazine).

A 'third-generation' Canadian ukulele player, James grew up in the town of Langley, British Columbia where he was a student of Jamie Thomas and Peter Luongo, themselves former protégés of ukulele visionary J. Chalmers Doane. After a decade spent honing his skills as a member of the Langley Ukulele Ensemble, James continued his study of music at the University of British Columbia where he earned a Bachelor of Music Degree in 2003.

In the mid-2000s, James collaborated with J. Chalmers Doane, the trail-blazing teacher who first pioneered the use of ukuleles in Canadian schools, to create the acclaimed Ukulele in the Classroom method book series.  In 2010, James and his father Barry, a retired school teacher, launched the JHUI Teacher Certification Program, the only course of its kind in the world.  With Ukulele in the Classroom established as the gold standard for classroom ukulele pedagogy, James set his sights on creating a new resource that would focus on teaching the art and science of solo ukulele (i.e. playing melody, harmony and rhythm simultaneously on one instrument). The Ukulele Way, with its rich blend of print, audio, video and social media technology, was launched in 2014 and was followed by Booster Uke two years later.

In 2019, James amalgamated his diverse education initiatives with the launch of Uketropolis.com which spurred the creation of several popular courses including the free Peace Like An 'Ukulele, the $1 beginner course Ready, Steady, Ukulele and the acclaimed Ukulele Jazz. James is also the host of the Uketropolis podcast which can be heard weekly on all podcast listening platforms. 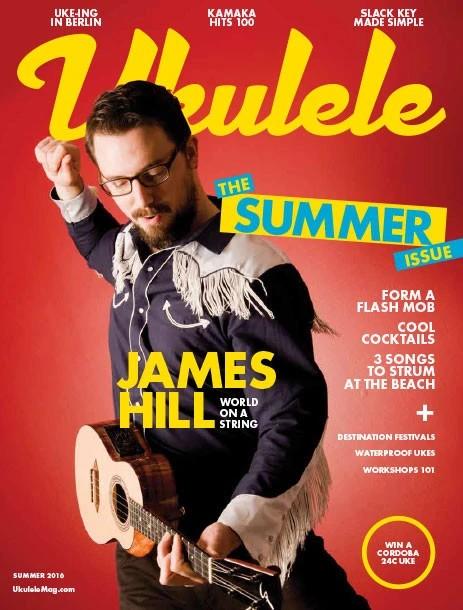 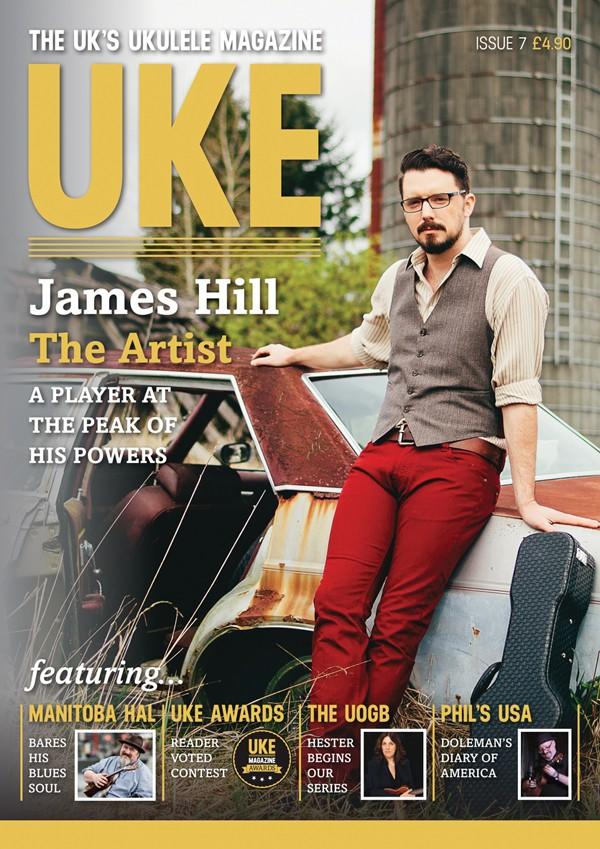 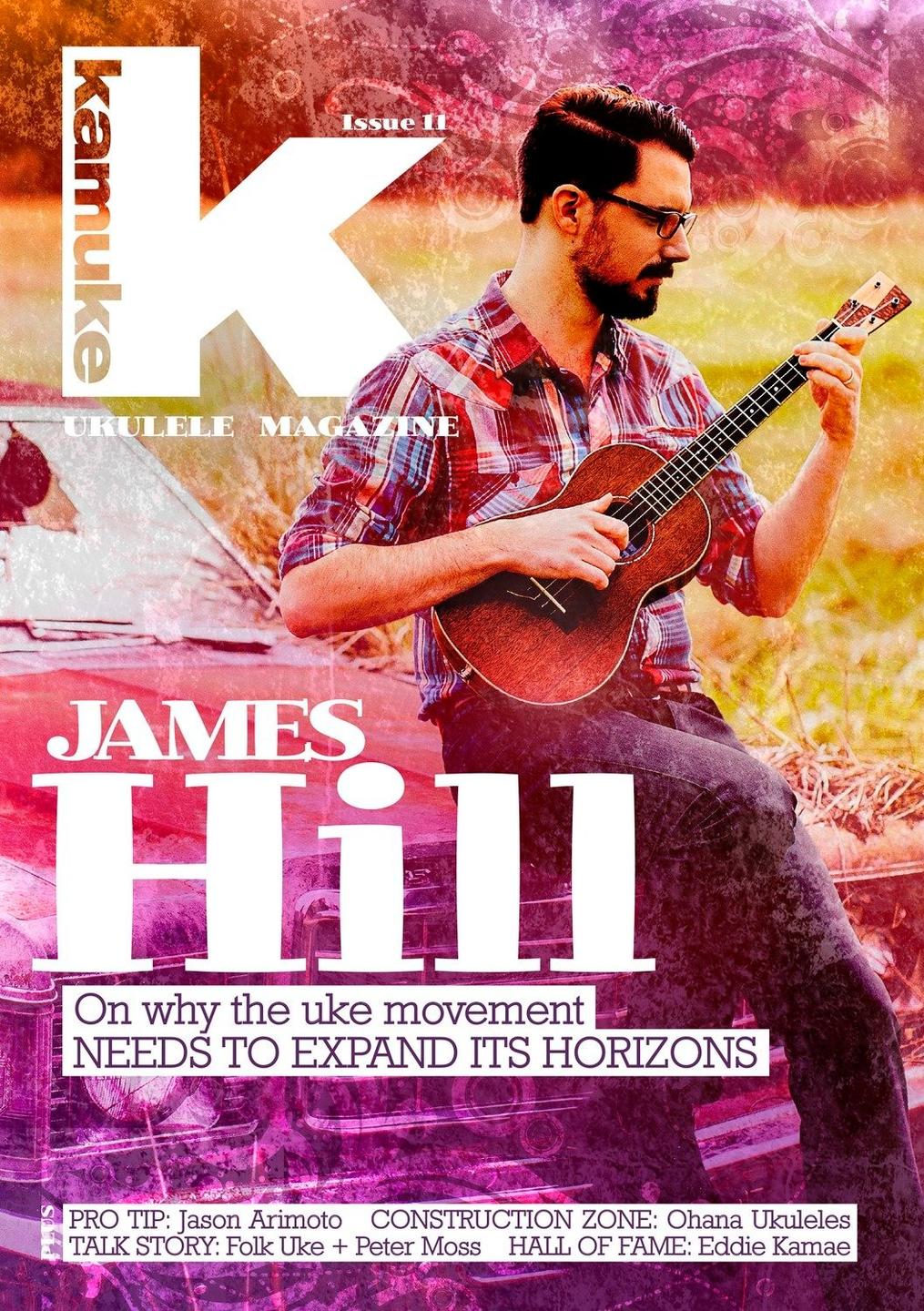 A singer, songwriter, educator and virtuoso instrumentalist, James Hill is a man on a musical mission. It's a mission that reaches beyond the concert stage and into communities, homes and classrooms around the world. After all, when the applause fades and the stage goes dark you can still hear the sound of ukuleles strumming happily into the night...